Immunotherapy – Using your Immune System to Heal your Health 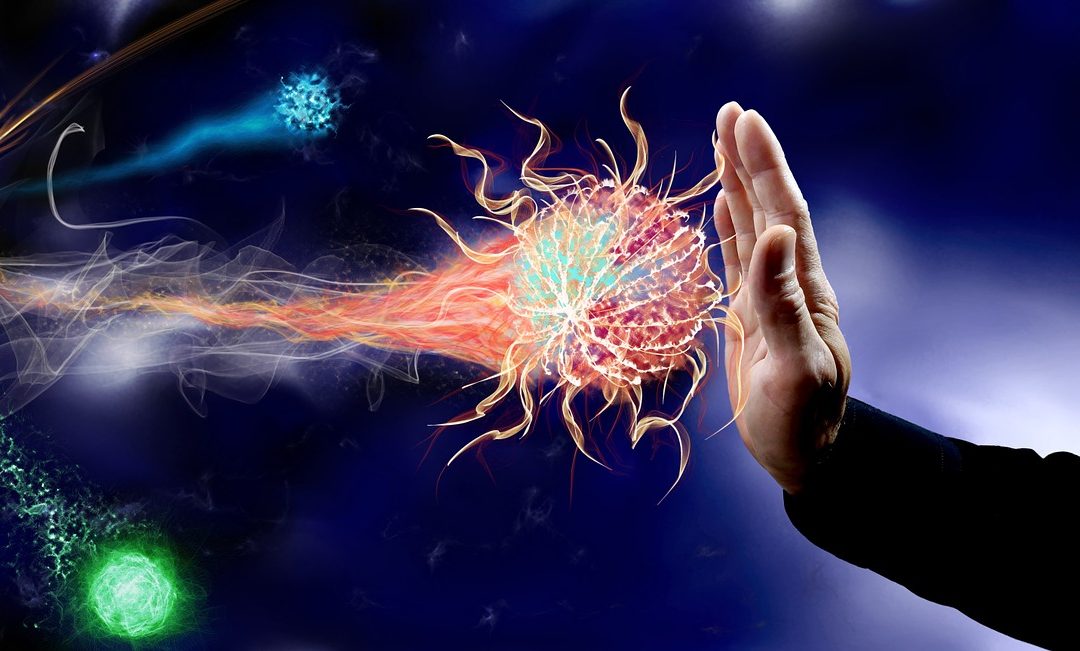 Immunotherapy is the prevention or treatment of disease with substances that stimulate the immune response.  It is a type of treatment designed to boost the body’s natural defences using substances either made by the body or in a laboratory to improve or restore immune system function.

What is a weakened immune system?

If so, then you may have a weak immune system.  Did you ever notice how some people catch everything and others are never sick and always full of energy? Different people have different immune systems.  Our immune system is how we fight off infections and diseases.  Sometimes the immune system does not work properly, as with immunodeficiency disorders.  These people are extremely susceptible to bacterial infections, viruses, and cancer.

These organs make and release lymphocytes. Lymphocytes are white blood cells classified as B cells and T cells. B and T cells fight invaders called antigens. B cells release antibodies specific to the disease your body detects. T cells kill off cells that are under attack by disease. Examples of antigens that your B and T cells might need to fight off include:

An immunodeficiency disorder disrupts your body’s ability to defend itself against these antigens.

Immuno-type therapies are especially useful for allergic conditions. Allergens, such as dust mite, ragweed, hay, and pollen cause certain individual’s immune system to overreact. When the allergen is known, it is collected and sent to the laboratory, where it is sterilized, diluted and given as a remedy to the client as either an injection or homeopathic preparation.  The client then takes the allergen in the form of a remedy that caused his system to overreact. The substance at the infinitesimal attenuation desensitizes the immune system and eventually stops the hypersensitivity reaction to the allergen. Allergen – a substance that causes an allergic reaction. Antibody – a blood protein produced in response to and counteracting a specific antigen.  Antibodies combine chemically with substances which the body recognizes as ‘alien’, such as bacteria, viruses, and foreign substances in the blood. Allergy – a reaction between the allergen and the antibodies.  A damaging immune response by the body to a substance, especially a particular food, pollen, fur, or dust, to which it has become hypersensitive. Antigen – a protein, which is usually foreign to the body that stimulates an immune response resulting in the production of an antibody.

A technique used worldwide to produce a low-dose concentration of an antigen which can then be safely used as regular desensitisation treatment.  It is well tolerated by clients who have contraindications for suppressive allergy therapy, or who by choice prefer not to suppress symptoms.  It is administered by injection.

To combat a recurrent infection, homeopaths may use a technique called Isotherapy.  An infection is treated with an identical disease agent prepared from microbial secretions that come from the client.  Secretions may include pus, scabs, or urine. To avoid degradation, the secretion is placed in a special container and sent to a homeopathy laboratory, where it is submitted to a cold sterile filtration. A remedy is then prepared and sent back to the patient within twenty-four hours.

The term urine therapy or urotherapy, (also urinotherapy or uropathy or auto-urine therapy) refers to various applications of human urine for medicinal or cosmetic purposes, including drinking of one’s own urine and massaging one’s skin, or gums, with one’s own urine.  It is well documented that our own urine is an enormous source of vital nutrients, vitamins, hormones, enzymes and critical antibodies that cannot be duplicated or derived from any other source.  For those who it does not appeal, then consider how using a bio-resonance machine can capture the ‘information’ and provide an energetic imprint in a remedy.

A technique used by bio-resonance practitioners where the advantage is negating the need for either a laboratory or injections, therefore unrestricted by the number of antigens a lab can produce.  A sample of hair, saliva and urine is collected from the client and the bio-resonance machine is used to capture the frequencies and imprint the information into a stable carrier medium known as the remedy. Kirsty is a Healthpreneur and uses the modalities of Functional Medicine, Rapid Transformational Therapy (RTT™) and Bioenergetic Health Screening to help her clients achieve their optimum health and vitality naturally.

Kirsty is passionate about how the mind and body works together in creating the onset of illness and combines psycho-emotional, energetic, physical and meta-physical approaches for a truly comprehensive, radically wholistic approach to health and wellness.

She helps her clients to get to, and understand the root cause of their health challenges, and helps them address the lifestyles changes required break free from managing symptoms and achieve their optimum health and vitality.

For anyone who is sick, stuck or just fed-up with the ongoing pattern of managing only symptoms. Her unique combination of modalities provides a truly comprehensive and wholistic approach to achieving health which are non-invasive, painless and a drug-free.

When I’m not trying to heal the world, I’m a Zumba queen, or blissing out with a good meditation

This site uses Akismet to reduce spam. Learn how your comment data is processed.