So with the holiday season approaching and to complement my recent article on How To Be Safe In The Sun Without Blocking Vitamin D, you might also be wondering about keeping the mosquito bites away too!  Especially with small children who are prone to scratching, so preventing the bites in the first place is a priority.

Also important is avoiding chemicals like DEET, which are present in many commercial insect repellents.

Although it’s American, According to Green Your Body:

One of the most widely used ingredients in store-bought conventional bug sprays for personal use is N,N-Diethyl-m-toluamide, or DEET, as it’s commonly known. DEET, which is designed to repel, rather than kill, insects. DEET is used by an estimated one-third of the US population each year. Although DEET is approved by the US Environmental Protection Agency (EPA), it is a known eye irritant and can cause rashes, soreness, or blistering when applied to the skin. Additionally, DEET has been linked to neurological problems; according to the EPA, at least 18 different cases of children suffering adverse neurological effects, as well as the deaths of two adults, have been associated with DEET. Researchers at Duke University Medical Center have found that DEET causes diffuse brain cell death and behavioral changes in rats.

DEET has been shown to have a negative impact on wildlife and water sources in production and during use. DEET is toxic to birds and aquatic life. DEET has been found in approximately 75 percent of U.S. water sources, including the Mississippi River. Citronella is the well known go to product but also Clove, Lemongrass, Rosemary, Tea Tree, Cajeput, Eucalyptus, Cedar, Catnip, Lavender, Mint.  To find out more about how to order Young Living Product.  But also Thieves is a really powerful blend, which if you love the smell of cloves those damn mosi’s ain’t coming anywhere near you!

Mosquito citronella bracelets are a non-toxic, insect-repelling band (I love this one), which are easier to use on children and very effective, or you can also get the stickers

Sometimes you just need the convenience of a spray you can rely on and this one is safe for all the family!

4.  Make Your Own Bug Spray

HOW TO MAKE  BUG SPRAY

I have also read a variation of this using Apple Cider Vinegar, and as much as I love this product as a complete health exlixir,  I wouldn’t want to smell like it, however, if your are going into woods or forest, then its a must, just replace half the water with the ACV.  If you don’t know the health benefits of ACV, then you must download the FREE eBook here

5.  My Emergency Go to Solution For Bites

Last year I was on holiday with two other families and we had seven children between us plus the adults and I think I zapped over 100 mosi bites with my SCENAR pro, and no one reported an itch from that moment forward.

When I say ‘Zap’, there is a setting on the SCENAR called the ‘bee sting’, it sounds brutal, but it just feel like a little fizz on your skin, yet it prevents the mosi bite from itching, and having seen the benefit, I wouldn’t be without it.  You don’t need the SCENAR Pro, the Pain Genie can do exactly the same job – Never leave home without one!

If you have been bitten by anything and are worried about the symptoms,  seek the advice of you GP.  If you would like to know more about how to avoid insect bites, feel free to book a call with me at the link below!

Schedule a FREE Time
To Have a Chat with Me! 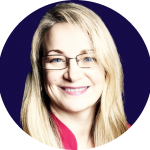 Kirsty Terry is the Founder of Equilibrium Health, where the Ancient Healing Arts meet breakthrough technologies.  Kirsty is a registered Nutritionist and Energy Medicine Practitioner and works with you and your family to identify symptoms of leaky gut syndrome, which can lead to allergies, food intolerance’s and auto-immune disease’s such as IBS, Crohn’s and Colitis through to children with Autism Spectrum Conditions.   Cleanse, Nourish and heal is a non-invasive, painless and drug-free natural approach to achieve your optimum health and vitality!

This site uses Akismet to reduce spam. Learn how your comment data is processed.